A Camp is the basic organization in the Heroes of ’76. It is an organization composed of three or more Heroes, established by authority of, and with a proper Charter from the office of the National Commander, bearing an approved name and is sponsored by a Chapter (which shall be responsible for its proper functioning). It is staffed for the purpose of accomplishing its chief function – to conduct Bivouacs (meetings), initiate qualified Recruits by exemplification of a Degree, and perform at patriotic events in colonial attire.

About 1876, Brother E. B. Jones, a Past Grand Master of the Grand Lodge of Kentucky, composed a ritual for a side Degree and called it the “Heroes of 76.” Its innocent and enjoyable nature made it most popular with the Craft. A notice in the newspapers announcing a meeting of Heroes after the close of the Lodge always brought out a large attendance.

During the lifetime of Brother Jones, no one conferred the Degree but himself. Before his death, he gave a copy of the ritual to Brother Thomas J. Flournoy, a Past Grand Commander of the Grand Commandery of Knights Templar of Kentucky. After Brother Jones’ death, many craftsmen insisted that Brother Flournoy revive the Degree. This Brother Flournoy did, conferring the Degree upon selected Masons of many states.

Brother Flournoy passed to the Great Beyond at Rockmart, Georgia, on September 5, 1925. Sometime before his death, he gave a copy of the ritual to Brother Colonel Christopher Van Deventer, his nephew, with authority to confer the Degree upon selected Masons.

Brother Van Deventer, an active Sojourner, considered that the National Sojourners was the logical organization for the custodianship of the ritual as it is most appropriate to our membership. The Degree was therefore instituted in Chicago Chapter in July 1922 and the first Camp organized there. In June 1923, George Washington Camp was instituted by Brother Van Deventer and several Heroes from Chicago.

Since that time, Camps have been organized in nearly all of the Chapters of National Sojourners and form an enjoyable part of the Chapter activities. The Degree has never been commercialized and its founders never intended that it should have any other purpose than to give enjoyment and innocent pleasure to Brother Masons and Sojourners. It has never had any initiation fee or dues. To receive and retain the Degree you must be a Master Mason and a Sojourner in good standing.

Refer to the work Heroes of ’76: History of the Order by Clarence M. Nelson, Captain, U.S. Marine Corps, Retired National Historian, for a more detailed history of the order.

The Founders of the Heroes of ’76 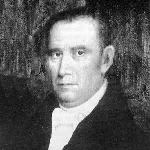 On Thursday, September 15, 2022, our National Commander, Brother Randolph Geck, accompanied by our National Den Mother, Carol Geck, presided over a Centennial Founders Memorial Ceremony in Circleville, Ohio, honoring Brother Caleb Atwater, one of the founders of our Order. Brother Geck was assisted by Brother Carl Diamond, Past National Commander and currently the 1 st Vice President of National Sojourners, as they placed a Centennial Heroes of ’76 wreath beside Brother Atwater’s grave marker.

Brother Caleb Atwater was raised in Pickaway Lodge #23, Circleville, Ohio on October 7th, 1820. His writing talents, his devotion to Freemasonry, and his interest in American history were combined when he wrote an essay entitled “The Patriot Masons of our Country.” Brother Atwater delivered this material as part of an oration at his Lodge in Circleville, Ohio on June 25th, 1821. His essay was subsequently published in a book entitled “MASONIC MISCELLANY Vol I”, 1821-2, and later published in a presentation book entitled “THE EMBLEM”. In his essay, Brother Atwater eloquently describes the contributions made by famed Freemasons who were founders of our nation.

We consider Brother Atwater one of the founders of our order. Brother E.B. Jones, who composed the Heroes of ’76 Degree in 1875, used much of the beautiful writing of Brother Atwater’s patriotic, tributary essay within the Degree.

Brother Thomas J. Flournoy, Jr. was born August 7, 1842, and died September 5, 1925. Very little has been discovered concerning Brother Flournoy’s life beyond the dates of his birth and death, because in 1937, a fire destroyed all of the stored records of the Masonic Temple in Paducah, Kentucky. It is known that he was a member of the Paducah Commandery #11 and that he was Grand Commander of the Grand Commandery of Kentucky from 1893 to 1894. The historical account left to us informs us that before his death, Edward Beach Jones gave a copy of the Heroes ritual to Brother Flournoy. This was not a capricious act, as Brother Flournoy was an accomplished ritualist and had the Masonic stature and ritualistic capability to carry the degree forward as Brother Jones had intended.

Brother Flournoy proceeded to spread the degree by moving it out of Kentucky and conferring it on selected Masons from many states including Tennessee, Illinois, Iowa, and Georgia. It also seems obvious that both Jones and Flournoy considered the degree essential to preserving the memory of the gallant Masons who founded this Nation rather than simply as a reward for meritorious service to Masonry. Sometime before Brother Flournoy passed away, he gave a copy of the ritual to his nephew, Brother Christopher Van Deventer.

Most Worshipful Brother Edward Beach Jones was born near the city of Petersburg, in Brunswick County, Virginia on April 11, 1832, and passed away on August 2, 1894. Early in his life, Brother Jones entered the mercantile business specializing in clothing and gentlemen’s furnishings and he remained engaged in that business throughout the Civil War. In 1868, he was elected Circuit Court Clerk of McCracken County. In 1874, he returned to the mercantile business and later became Deputy Postmaster, and in 1892, at the age of 60, he was re-elected to the office of Circuit Court Clerk, and he was serving in this office at the time of his death.