Our members are American Freemasons who serve or have served in the uniformed services. Our purpose is to support each other and promote Patriotic and Masonic activities and values.

To learn how to become a member, click HERE.

National Sojourners believe in God as the Supreme Architect of the Universe.

We hold that political, economic, and social problems are subsidiary to and ever separate from that steadfast belief in God.

We maintain that God must motivate man if present day problems are to be solved, and we urge active participation in maintaining that Government for which our forefathers fought.

Sojourners, remember that George Washington once said, “When we assumed the soldier, we did not lay aside the citizen.”

The purposes of National Sojourners shall be to organize current and former members of the uniformed services of the United States and Honorary Members, who are Master Masons, into Chapters, for the promotion of good fellowship among its members, for assisting such as may be overtaken by adversity or affliction, for cultivating Masonic ideals, for supporting all patriotic aims and activities in Masonry, for developing true patriotism and Americanism throughout the nation, for bringing together representatives of the uniformed services of the United States (past and present) in a united effort to further the military needs of national defense, and for opposing any influence whatsoever calculated to weaken the national security.

National Sojourners, Inc., has an unequaled Centennial history. Born of wartime requirements, the desire of displaced military Masons to seek each other’s company, counsel, and aid continued to nurture the Order. Early in 1900, after the North Dakota Regiment departed the Philippines with its Field Lodge dispensation, a group of Masons organized an informal club and named it “Sojourners.”

The Philippine “Sojourners” resurfaced in 1907, open to Masons who were not members of local Lodges. Within a year, it had 174 members from the U.S. and eight other countries. Many Philippine Sojourners eventually returned to the U.S. In 1917, a group of Masonic military officers stationed in Chicago organized the “Sojourners Club.”

National Sojourners efforts focus on Americanism and Masonic activities.  Patriotic activities include presentations, flag ceremonies, and other programs on national security and love of country, with focus on Youth. Our Bridge of Light Program directly supports Masonry by involving Sojourners in all Masonic activities, especially Blue Lodges.

Refer to the National Sojourners Story for a more detailed history of the order. 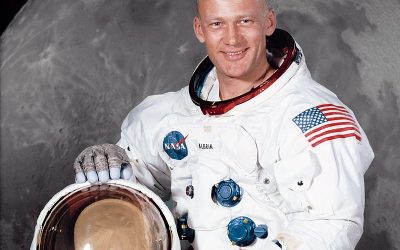 END_OF_DOCUMENT_TOKEN_TO_BE_REPLACED

Lieutenant Colonel Joe Jackson, U.S. Air Force, received his Medal of Honor citation for the Vietnam War in 1968: "For conspicuous gallantry and intrepidity in action at the risk of his life above and beyond the call of duty. Lt. Col. Jackson distinguished himself as...

END_OF_DOCUMENT_TOKEN_TO_BE_REPLACED 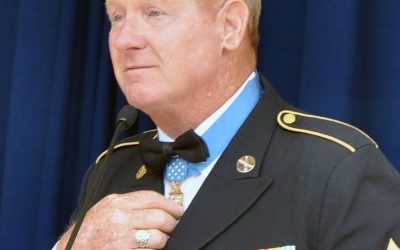 {Excerpted from his Wikipedia Entry: https://en.wikipedia.org/wiki/Sammy_L._Davis} Early Years: Born in Dayton, Ohio, on November 1, 1946, Davis was raised in French Camp, California. His family had a long tradition of military service; his grandfather served in the...